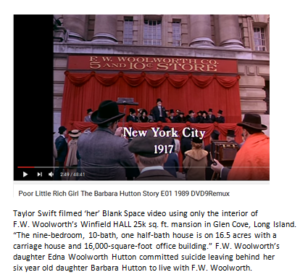 So there’s this place called the Mara-a-Lago Club also known as “Presidential Retreat” and to some it may seem very beautiful but knowing what I’ve heard about heaven it doesn’t even come close to the beauty that God has in store for those that love him.

I first learned of Mara-a-Lago by watching a Lifetime show about the Woolworth heiress Barbara Hutton played by the beautiful MTF Farrah Fawcett (both Barbara and Farrah are bloodlines).  From studying about the Woolworth family, I was able to learn a little about the Mar a Largo estate. 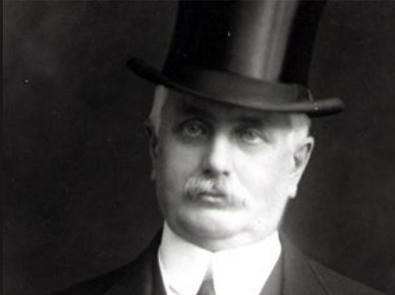 Barbara’s grandfather was F.W. Woolworth and he was portrayed like this; a hard working shop keeper who made his fortune by putting the items out onto the shelves instead of behind the counters which was way it used to be in the old days.  Woolworth said that the new immigrants in America couldn’t speak English and ask for let’s say a frying pan but they can pick it up off of the shelf and go to the counter to pay for it.  This is the story that is presented to us on how he became very wealthy.  What they don’t say is that he was related to several U.S. presidents.

The flag pole wasn’t always there.  It’s a bad spot for it. 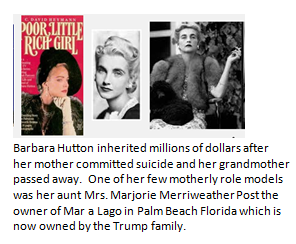 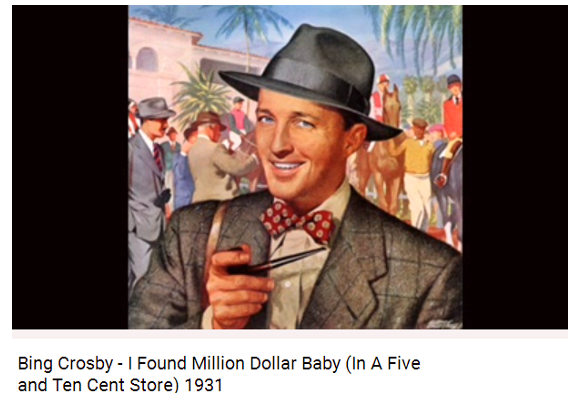 Song: “I Found a Million Dollar Baby (In a Five and Ten Cent Store)” 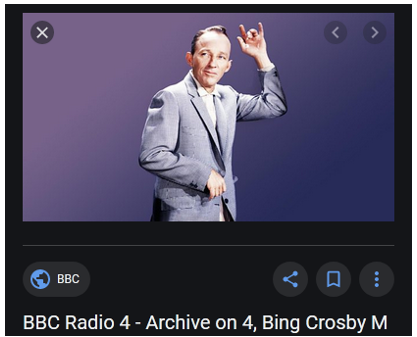 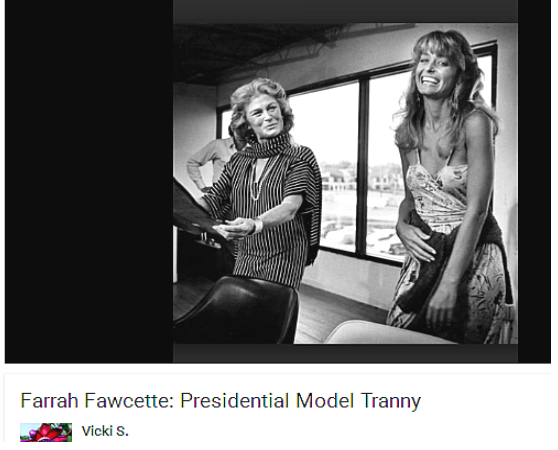 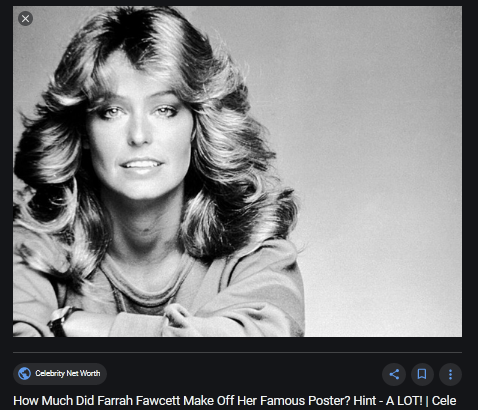 Farrah Fawcett was a boy who was raised as a female.  This is Farrah as a child with his/her mother, father and grandmother all participating in the deception. 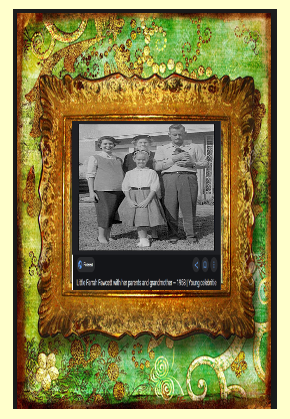 Video: “Poor Little Rich Girl/Farah Fawcett”  This is a short 8 min clip catching scenes of just some of her expensive jewelry collection.

Marjorie built the Mar-a-Lago home and it was just one of her several exquisite homes.  Marjorie was the 18th great granddaughter to King Edward I. You can just type:  Famouskin.com  Marjorie Merriweather Post and read the long list of famous connections.  So according to Wikipedia Mar-a-Lago was built as a summer home with 126 rooms and sitting on 17 acres.  When she passed she donated the estate to U.S. Govt. (? – British owned) to be used as a retreat for U.S. presidents and dignitaries which would be really for her cousins since all of the U.S. presidents were or are related to the British Royal family and that includes our current president.  The U.S. Govt. returned the estate to the family (high up keep costs) and then it was sold to Mr. Donald Trump who is also bloodline to the King of England.  Yay for the royals. 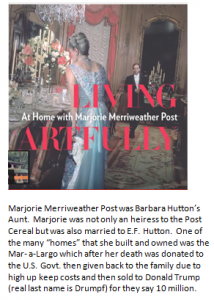 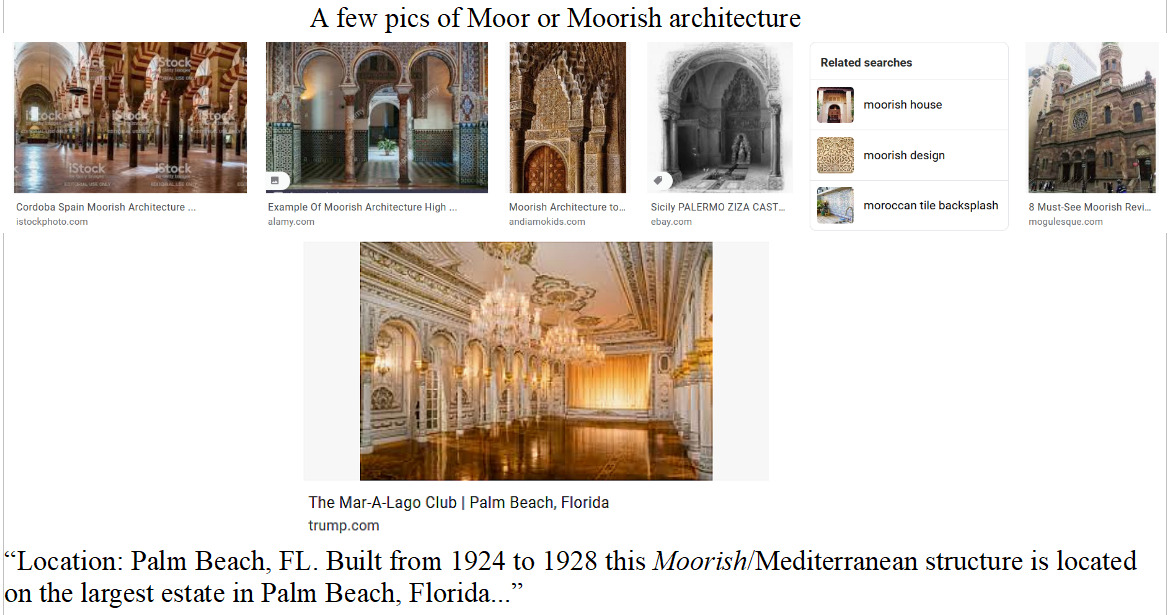 I was listening to some people that I know who love Trump’s bully personality and they were showing this clip from The Andy Griffith Show where Opie (Ron Hoard) was standing up to a neighborhood bully. This kid on the right looks nothing like Trump, but I didn’t have the heart to tell them, because they won’t listen, that it’s not their hero. Awhile back I found a picture of Trump young and I was wondering where to put it on here and now I’ve found the perfect spot.

Ron Howard, through his maternal bloodline, is the 22nd great grandchild of King Edward I Longshanks Plantagenet and Leonora de Castilla 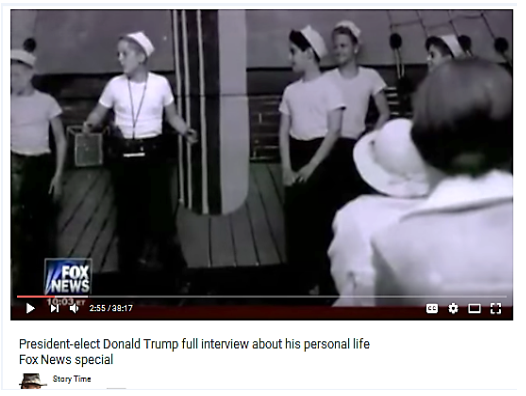 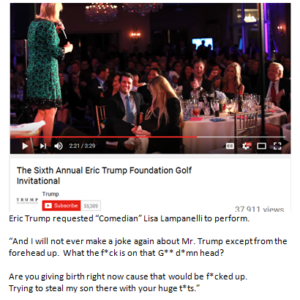 Clip by Tamara Magdalene:  “Don Jr is losing it”

Video:  “Donald Trump on Marriage:  “Ivana Does Exactly As I Tell Her to Do” / The Opray Winfrey Show / OWN” 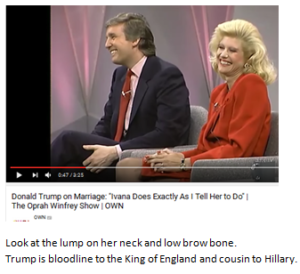 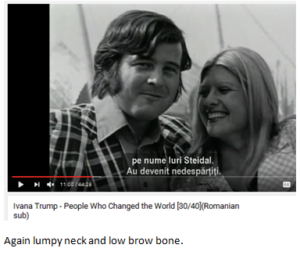 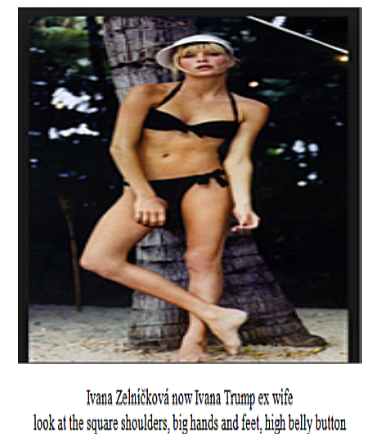 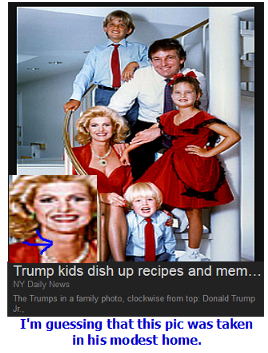 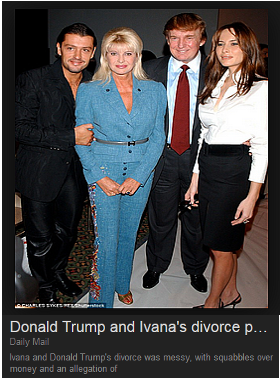 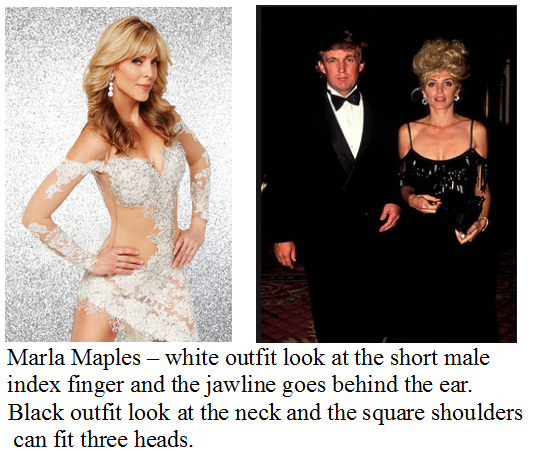 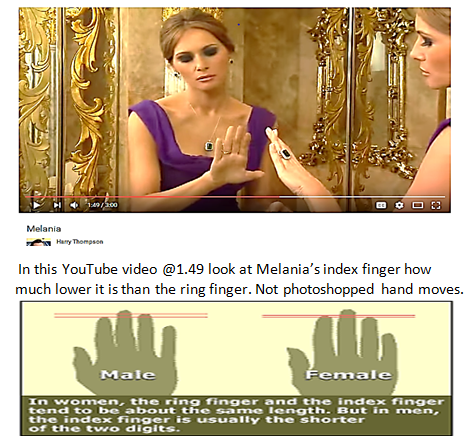 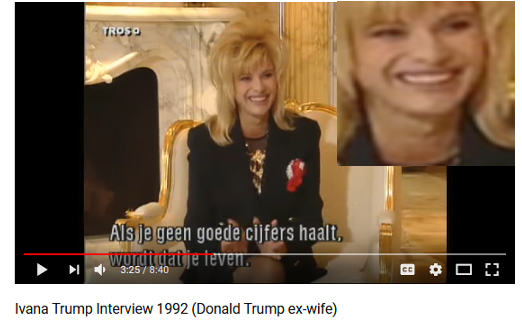 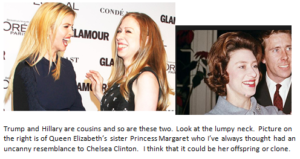 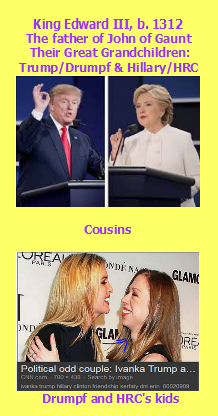 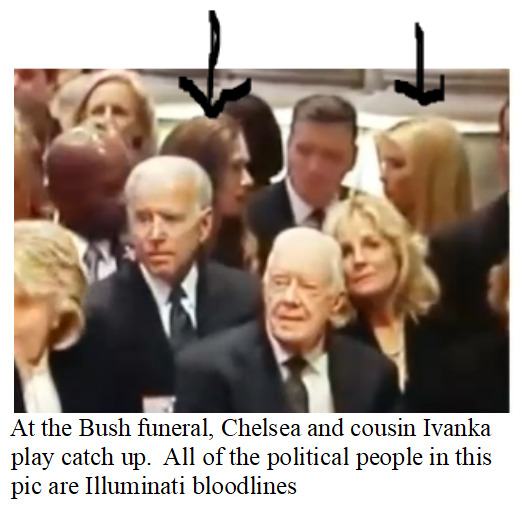 short video clip about Trump, real name Drumpf, genealogy linking him as the great grandson of the King of Norway.  Situation normal. 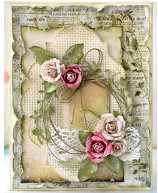 Mar a Lago is not prettier than heaven.  People have died and come back and have said that they saw the pearly gates, streets of gold and mansions. Another person who had gone to heaven and back said that the grass blades had diamonds like dew drops.  People who died and came back saw relatives who were old when they died and in heaven looked young. 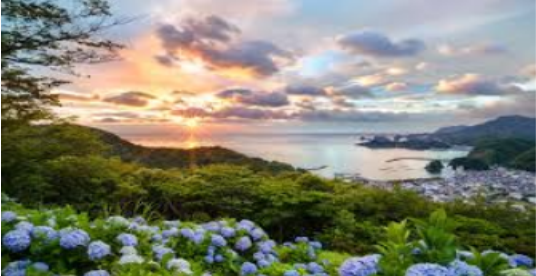 This is in the bible in Revelation and this is a short description of heaven:

“And God shall wipe away all tears from their eyes; and there shall be no more death, neither sorrow, nor crying, neither shall there be any more pain: for the former things are passed away.

…her light was like unto a stone most precious, even like a jasper stone, clear as crystal; And the building of the wall of it was of jasper: and the city was pure gold, like unto clear glass.  And the foundations of the wall of the city were garnished with all manner of precious stones. The first foundation was jasper; the second, sapphire; the third, a chalcedony; the fourth, an emerald;  The fifth, sardonyx; the sixth, sardius; the seventh, chrysolyte; the eighth, beryl; the ninth, a topaz; the tenth, a chrysoprasus; the eleventh, a jacinth; the twelfth, an amethyst.

And the twelve gates were twelve pearls: every several gate was of one pearl: and the street of the city was pure gold, as it were transparent glass.”