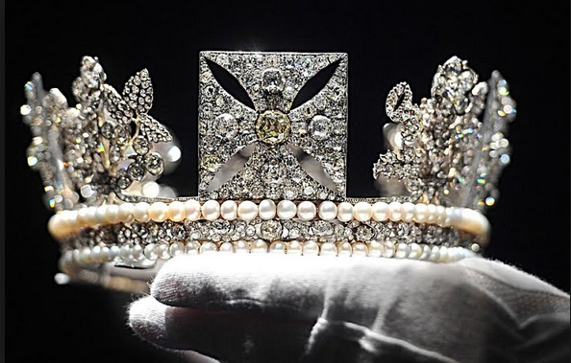 The Bible ~”But the thing displeased Samuel, when they said, Give us a king to judge us. And Samuel prayed unto the Lord. And the Lord said unto Samuel, Hearken unto the voice of the people in all that they say unto thee: for they have not rejected thee, but they have rejected me, that I should not reign over them.

According to all the works which they have done since the day that I brought them up out of Egypt even unto this day, wherewith they have forsaken me, and served other gods, so do they also unto thee. Now therefore hearken unto their voice: howbeit yet protest solemnly unto them, and shew them the manner of the king that shall reign over them.

And Samuel told all the words of the Lord unto the people that asked of him a king. And he said, This will be the manner of the king that shall reign over you: He will take your sons, and appoint them for himself, for his chariots, and to be his horsemen; and some shall run before his chariots. And he will appoint him captains over thousands, and captains over fifties; and will set them to ear his ground, and to reap his harvest, and to make his instruments of war, and instruments of his chariots. And he will take your daughters to be confectionaries, and to be cooks, and to be bakers.

Nevertheless the people refused to obey the voice of Samuel; and they said, Nay; but we will have a king over us; That we also may be like all the nations; and that our king may judge us, and go out before us, and fight our battles.

And Samuel heard all the words of the people, and he rehearsed them in the ears of the Lord. And the Lord said to Samuel, Hearken unto their voice, and make them a king. And Samuel said unto the men of Israel, Go ye every man unto his city.” 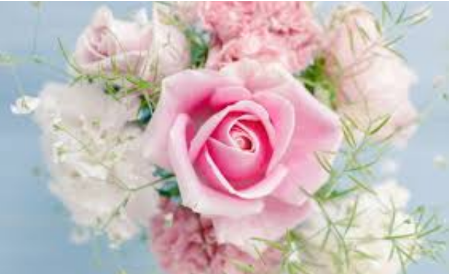 The Queen’s Garden video is set on a picturesque 39 acres of land for organic gardening and wildlife while outside of these walls the citizens are living in poverty. 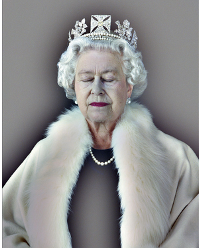 5 min.clip from the video: “The Queen’s Garden”

The princess and the family’s infamous salute 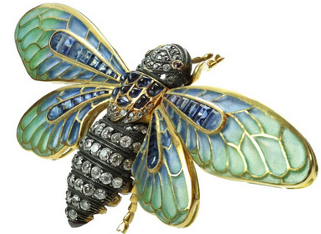 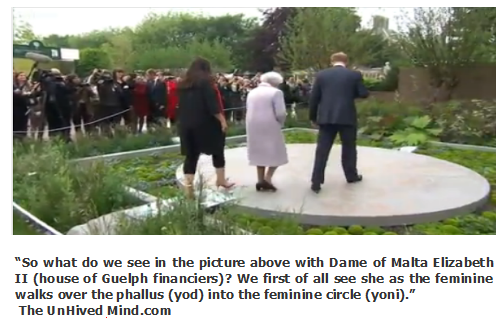 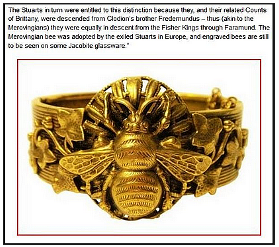 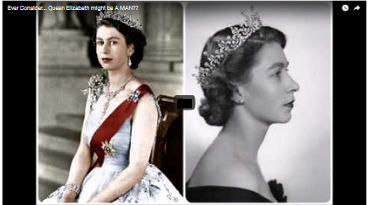 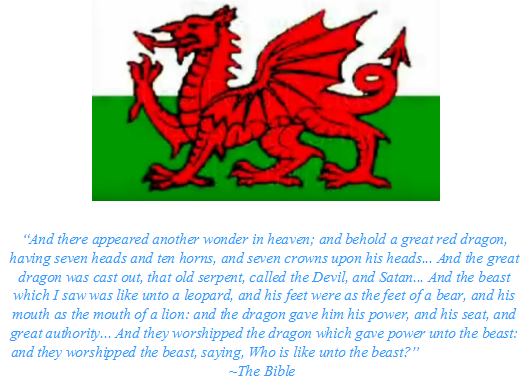 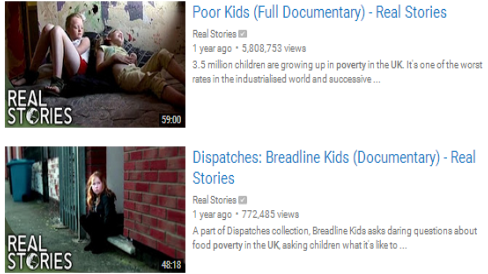 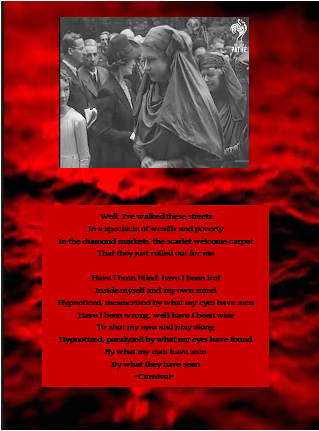 5 min. video – cover song by Solas, original by the Youngbloods

Then spake Jesus again unto them, saying, I am the light of the world: he that followeth me shall not walk in darkness, but shall have the light of life. ~ The Bible

8 min. video clip from the video:  “Sun, Sea and Satan Documentary”  It’s going to show a statue of a devil in a pond and Bill Maloney will discuss child sacrifices in England.

“Mixed in with Queen Elizabeth’s blue blood is the blood of the Muslim prophet Mohammed, according to Burke’s Peerage, the genealogical guide to royalty. The relation came out when Harold B. Brooks-Baker, publishing director of Burke’s, wrote Prime Minister Margaret Thatcher to ask for better security for the royal family.” 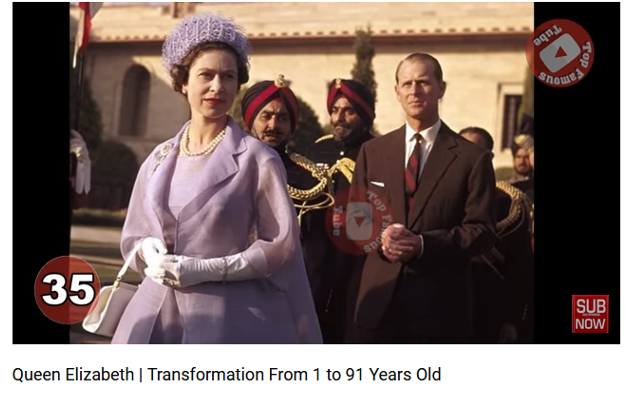 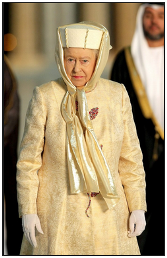 “The royal family’s direct descent from the prophet Mohammed cannot be relied upon to protect the royal family forever from Muslim terrorists,’ he said. Probably realizing the connection would be a surprise to many, he added, ‘It is little known by the British people that the blood of Mohammed flows in the veins of the queen. However, all Muslim religious leaders are proud of this fact.’ Brooks-Baker said the British royal family is descended from Mohammed through the Arab kings of Seville, who once ruled Spain. By marriage, their blood passed to the European kings of Portugal and Castille, and through them to England’s 15th century King Edward IV.”

Prince Charles in the center 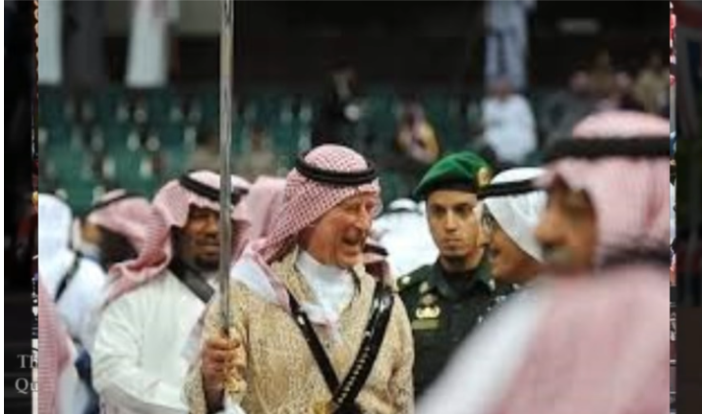 Prince Charles and Camilla “Vanilla” in their Muslim or Arab outfits 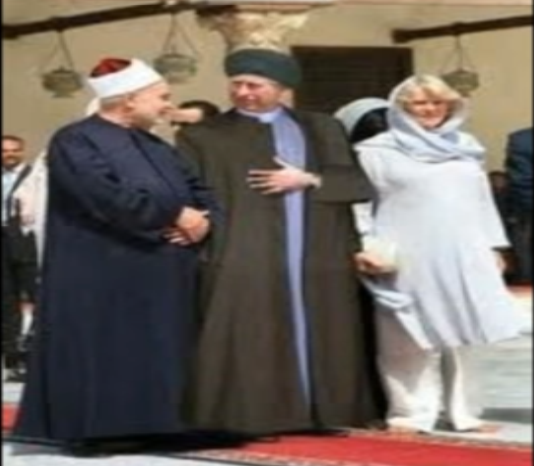 In the video below you will see that the females to males are hard to read. A few clues are that the foreheads are flat, the jawlines go in front of the ears, the eyebrows are high and women as they age tend to lose their eyebrows and men lose their hairlines. 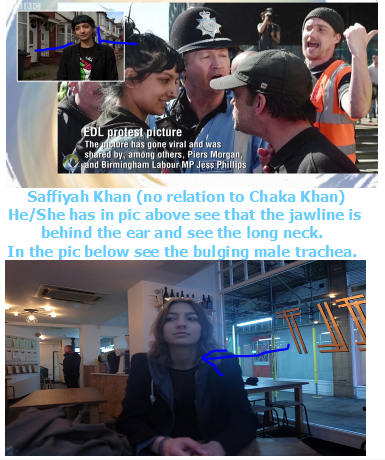 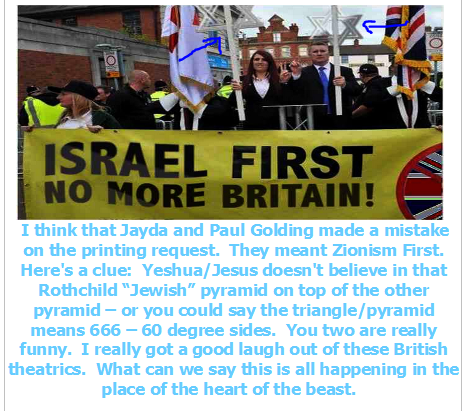 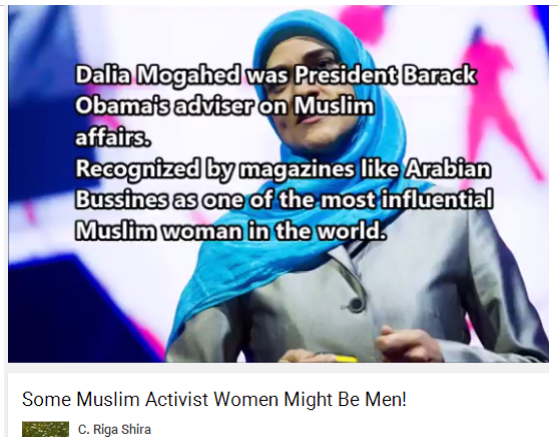 One of the rumors that I read and hear about all the time is that the British royal family comes from the line of Jesus.  I found some info that would show this is not all the way true.  Lets take a look and put this baby to rest once and for all.

I found this info on Henry Makow’s website.  Makow linked the genealogy info to www.originofnations.org

Original source appear to be:  “Judah’s Sceptre and Joseph’s Birthright” by J.H. Allen

J.H. Allen did not fully disclose the correct bloodline and they way that he prepared it would lead you to believe that the “Royals” have a claim to being from the bloodline of King Yeshua/Jesus.

Also, I’m not sure if J.H. Allen is an Illuminati bloodline but I do know that the Allen family is a branch of the Illuminati and the fact that he left off pertinent info that would show that the “Royals” are not the pure bloodline but through Yeshua’s stepfather’s line would lead me to believe that he is an Illuminati. His chart was too thorough to have missed the most important part of the chart.

First I will show a genealogy list by J.H. Allen and then I will show you a copy from a separate chart to show that the “Royals” are from Yeshua’s stepfather Joseph.  Update on 12/25/17 – I’m going to redo this “genealogy chart” by Mr. J.H. Allen.  I know a little about the Allen family because I remember looking up the man that owns Kentucky Fried chicken food chain and he’s from the Allen bloodline which I connected to the other Illuminati royals.

I see that Mr. J.H. Allen  skipped the pharaoh bloodline below from 49 to 50.  I will say that this entire chart below is a mistake until I can correct it.  I recognize the names Mr. Allen has listed and seriously doubt the legitimacy of his proof of the “Royals” connecting to Yeshua/Jesus.  This is important because I can never believe that those shapeshifting, trannies are of pure anything but pure lies.

This is the separate chart from the inaccurate one done by J.H. Allen which shows that he left out the bloodline of Nathan which would show that Solomon’s bloodline was to Joseph the stepfather to Yeshua/Jesus. 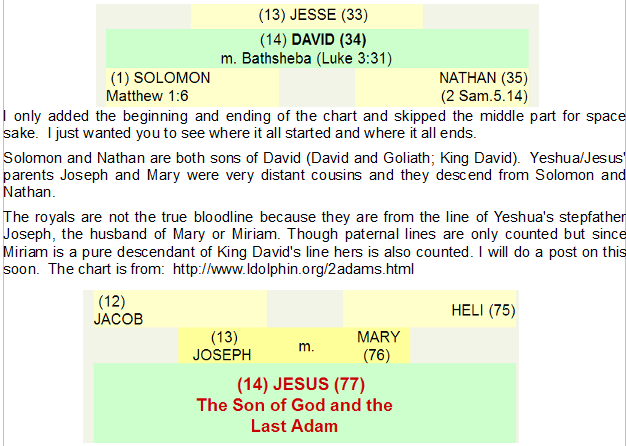 So basically its like the scene from the Cinderella movie and the royals are the step family and We the People are Cinderella.  The house that the stepmother and the homely stepsisters lived in belonged to Cinderella but they took it over and claimed it as their own and made Cinderella their servant,  they’re delusional.

This is a 2 min. video:  “Stepsisters tear the dress from Cinderella”

4 min. video:  “Americans Are SLAVES To The British Crown The Paris Peace Treaty”

I also want to say that Moses (the ten commandments guy/prophet) married an Ethiopian (black) woman and when his brother and sister in law spoke against the marriage she broke out in sores and they repented.  This is an example that God is against racism.  .

Okay back to the list…
33. K. Solomon m. Naamah – This is where the paganism begins in this bloodline through Solomon and his Ammonite wife Naamah.  Let’s take a look and also we will see what the bible says about the Ammonites.

34. K. Rehoboam m. Maacah – King Rehoboam was King Solomon and Naamah and the bible tells of where he stood with God.

So this scripture tells the truth of the bloodlines of the British royal family that their bloodline came from idol worshippers.

Below will be a long list of this pagan bloodline to the present day. 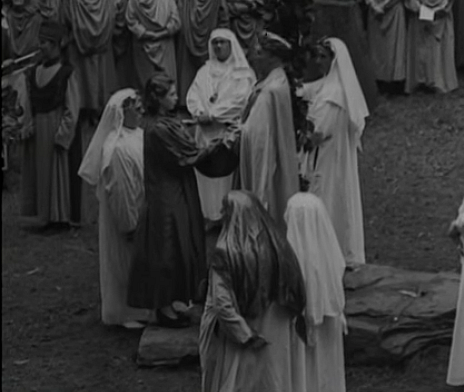 This below is a 8 min. video of the Royals just standing around while they were filmed holding baby Charles.  I was able to get this picture  of Elizabeth’s neck. 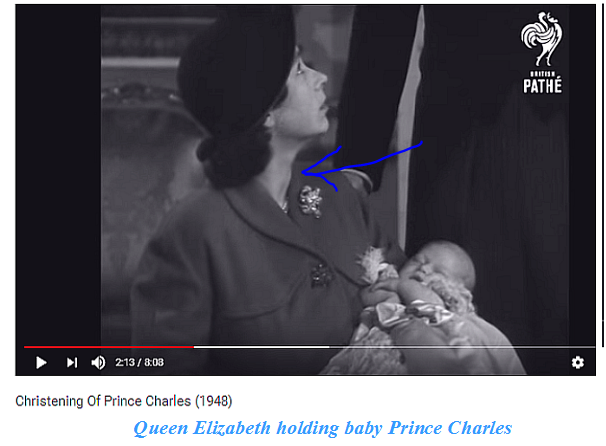 Video: “Harry and Meghan are cousins!  Remarkable family tree dating back to 1480 reveals” 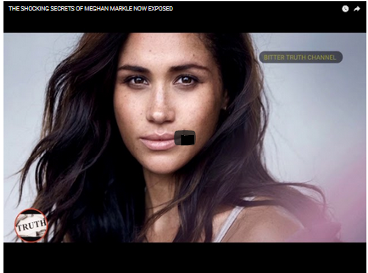 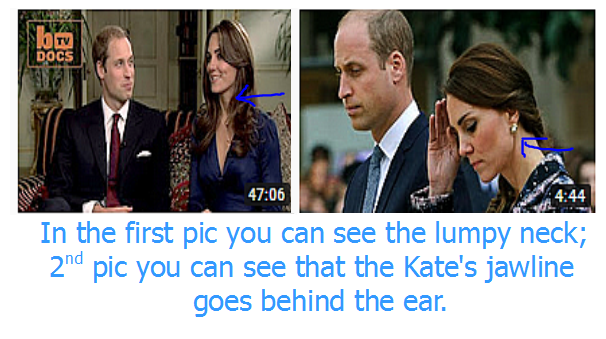 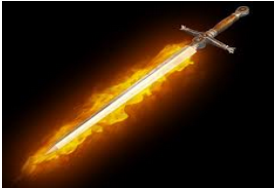 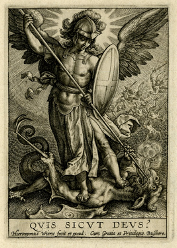