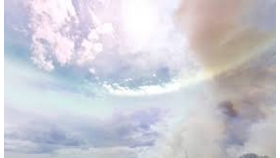 This won’t be a funny or a glam story but I wanted to put it out there because it was the first time that I realized that I had encountered an Angel and it made me think about my life and tried to remember if I had ever interacted with them before.

This is how it all began… 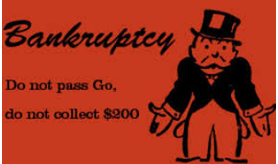 I had bought a home from a guy that was losing it in bankruptcy court.  The owner had tried to build his dream home but ended up losing it in bankruptcy court because he was self-employed and he couldn’t afford to pay the property taxes.  I got a great deal on the house but only the exterior was finished and so I would need to finish the interior electrical, plumbing, sheet rock, doors/trim, a/c unit and kitchen cabinets and oh a few other zillion things. 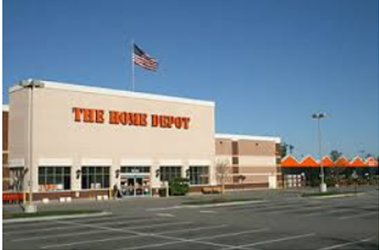 My first thought when I saw him was that I thought that he was very cute.  My next thought was that he must be from Michigan because his skin was so pale. Not like albino pale or like an alien pale, just very pale.  See in Texas it’s very hot and in the summer your skin can burn just being outside.

My next thought to myself was why is he smiling so much (at me)?  Is there something wrong with these cabinets?  I thought maybe he knew that there were some defects with the cabinets or something.

The closest that I can get to how he looked was like the singer James Taylor only about 25 years younger and also *01/02/2021 – Tamara Magdalene has posted this pic on one of her short comment page and this guy looks closer to the guy at the Home Depot than the James Taylor pic.  The guy at the Home Depot looked similar to this pic below but his hair wasn’t that dark and long he had blue green eyes and he didn’t have the serious look of these two guys but a real sweet disposition. 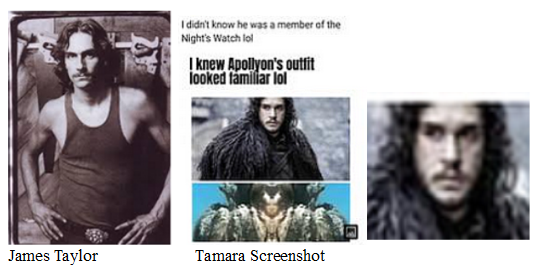 I do want to add that I remember seeing him one more time at the Home Depot.  I was in the cabinet section completely alone waiting and to my right was the Home Depot guy walking down an aisle carrying a large box like it could be holding a window AC unit.  I saw him to my right pass me and I started looking at the back of him and thinking what is his deal? Meaning like what does he do here?  As soon as I started studying him he looked back at me and said “Hey!” like a hey how’s it going and he kept walking  and I quickly looked away and down because I didn’t want him to think that I was ogling him (Ogling: To look or stare at, especially in a desirous manner).  I thought to myself if I see him here again I’ll never look at him again. 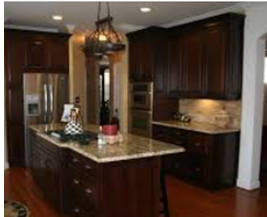 This picture is close to what my kitchen looks like without  my counter covered with papers.  Okay so I finally finished with the cabinets and about 3 months later on my lunch break I was driving to a different Home Depot to pick up interior paint.  While I’m driving about 50 m.p.h. on the frontage road, this 88ish something year young man decides that he’s gonna zip across the frontage road from a side street and get on the entrance to the highway. 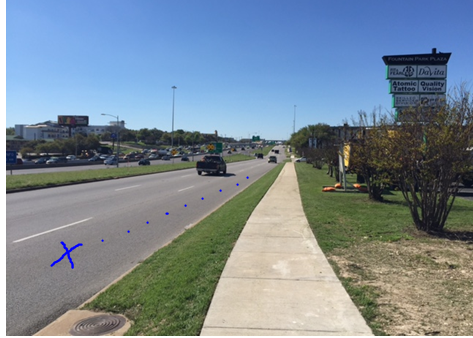 So I’m in the far right lane and I move to the center lane trying to avoid him and I’m thinking to myself does he not see me? 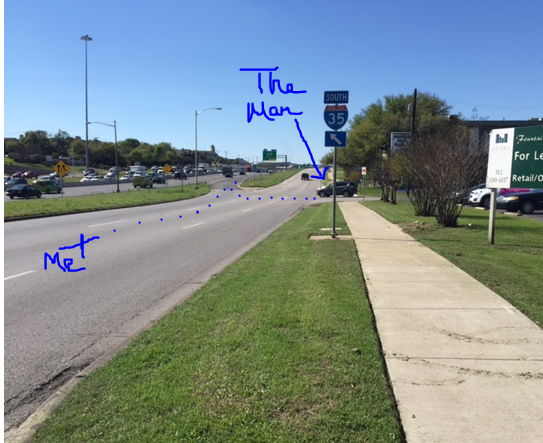 Now I’m moved into the far left lane still trying to avoid hitting him and now I’ve steered my car onto the entrance lane to get onto the highway and since I had been stepping on my brakes to avoid hitting him my car is spinning, my steering wheel is spinning and my car is facing the busy lunchtime highway traffic and I think to myself I’m gonna die today.  I knew if I grabbed the spinning steering wheel the car would really jerk out of control and since there was nothing I could do on my own and since I thought I was going to possibly die I put both my hands over my eyes and I said in an almost whisper like voice like a helpless child, I said Jesus help me.

My eyes were covered but what happened next was that  my car instantly stopped spinning and landed in perfect peace, no jolting or jerking motion and stopped on the shoulder in the entrance lane to the highway. 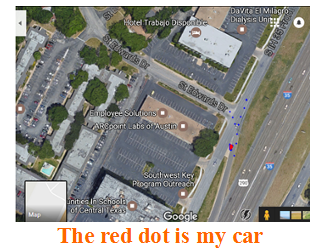 I opened my eyes and saw that instantly this small car like an older Toyota, pulled in front of my vehicle and a guy started to get out so I also started to get out of my car because I thought that someone saw my car spinning and came to see if I’m okay.

The guy that got out of the car was the guy from the Home Depot.  When I saw him get out my eyes widened and he had a real serious look on his face and he started to walk towards me with a purpose.  My first thought when I saw him was that he was not too tall and not too thin.  He was about 6’2 and wearing dark jeans, a plaid shirt tucked in and the sleeves rolled up to the elbows.

Now remember that I had already said that if I saw him again at the Home Depot that I wouldn’t look at him and so as I saw him walking towards me I put my face down.  He walked up to me and facing me he put his hands on my shoulders and looked at me with compassion and said “Missy are you okay?”  Then he gently hugged me and then he looked at me again with great concern and while still looking down I said “Yeah I’m fine.  This old man he almost hit me” and then as I started to look up at him I saw to my right the area of the frontage road and I saw the old man watching and I started to straighten up to yell to the old man. I could see the Home Depot guy again staring intensely at me but I was now focused on the old man.

I pointed at the man and motioned my hand and yelled “You, come here now!”  I was just gonna tell him that he almost killed me that’s all but the old man took off probably worried that he was gonna lose his driver’s license or something.

The Home Depot guy asked me again if I was okay and I said Yeah I’m okay and we both got into our cars and left.  I was so quiet with him because I was so confused why he was there.

As I was driving on the highway to turn around to go back to the road for the Home Depot, I thought to myself that was so weird that guy showed up.  See I hadn’t been to that Home Depot where I had seen him in over 3 months and I don’t remember ever speaking to him.

See I just survived my car spinning out of control, praying to “Jesus” and the car instantly stopping, the guy from the Home Depot that I never spoke to suddenly showed up, and then he came up to me and said my name and hugged me and I think my head was too confused to make a rational reaction.  If I could do it over again I would have asked him if he was an angel.  What was weird was that he didn’t ask me anything about how my cabinets were or how my house was coming along or even something like weird seeing you here on the highway.

I believe that the only reason that the guy/Angel showed up was because I called on the Lord to help me.  See I’m not a super churchey person but I do love Yeshua/Jesus and I don’t want you to think that things like this only happen to the church people.  What I’m trying to say here is that I thought it was amazing how I just said Jesus help me and instantly everything went perfectly safe and wonderful.  I still have drama in my life but that day I was so grateful that I didn’t die and I’m so touched that God was so merciful to me.

I’ve had what I consider other angel experiences but they were not as for sure as the Home Depot guy one.  Let me tell you another one. 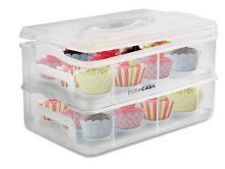 I was walking to my job carrying a couple of large containers of cupcakes, my laptop bag, my purse and other stuff and this female-white, about 30 yrs. old, actually looked the same age as the Home Depot guy, walked up to me and said “Hey do you need some help?”  I said sure and handed her the cupcake containers.  Rarely people offer to help cause they’re in a hurry so that kinda got my attention.  She was about 5’9, medium build, mousey straight blond hair and just a little past her shoulders, no makeup at all, khaki mid knee skirt, a faded looking multi color top,  and “Jesus” style sandals since it was summertime. She looked similar to this picture. 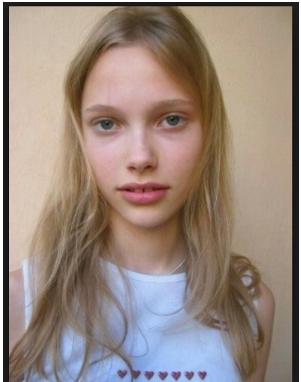 She told me she forgot her (work) badge in the car and I’m not sure why she told me that.  I said that I pin mine on so that I won’t lose it.  I asked her “What’s your name?”  and she said “Grace” and I said “Oh, with a name like Grace no wonder you’re so sweet.”  Then I thought to myself – I think she’s an angel.  Here I am and I think I’m encountering an angel and again I act like it’s normal.

So we get into the office building and I showed her where I needed to go so she could follow me.  We got onto the elevators, which was full and I told her “I’ll take it (the cupcakes) from here now” and I showed her that I put stuff on the handicap bar/rail in the elevator, and she made like not a sad face but a face like it’s over.  The elevator was so packed and my hands were so full  that I don’t even remember if I thanked her.

In a couple of days I went down to the front desk to see if they could look her name up and tell me where she worked.  I told them what happened and that I thought that she might be an angel.  They already know I’m Jesus crazy or crazy for Jesus, so it wasn’t out of the ordinary for me to tell them I thought she might be an angel.  They looked up her first name and there were about 30 Grace names without pictures so it was impossible to check and also it was very out of the ordinary that so many pictures were missing on the computer.  It’s just a simple incident but I truly believed that she was an angel.  I’ve never seen her before nor after.

Since the Home Depot guy looked like James Taylor I thought I would just put up one of his songs here.  BTW – His bloodline connects through the Taylors from Scotland which are royals.  James Taylor has a book about his life called Long Ago and Far Away which traces some of the Taylor clan.  President Obama’s right hand woman Valerie Jarrett’s bloodline also connects to the Taylor line though I’m still not clear exactly which line but with God’s help maybe I can connect the dots.