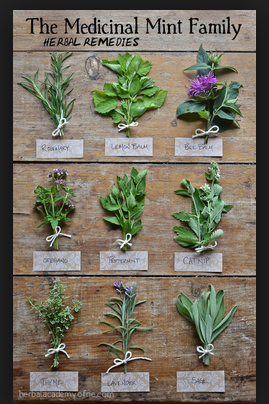 Hi, let me just list what products that I’m listing on here so you won’t have to go through this entire page.  Also, I don’t see myself updating this page because I just wanted to put basic things on here.  I would recommend a shower filter that takes out fluoride and a Berkey Water System that sits on your counter tops to also take fluoride out of your tap water.

I know how busy everyone is so let me simplify this.  This page is about:

5th Natural Gum that tastes great and a package of stevia.  I’m sure there are lots of great stevia substitutes but this is just to show one that I like.  I noticed that some of the stevia packages have sugar mixed in with the stevia so check the box.

6th HPV vaccine damage to girls in Denmark and a video called: “How I ended my terrible period (menstruation): My Secret”  She said to drink a tablespoon a day of organic molasses in your herbal non caffeinated tea.  She said if you do this daily and it should start cutting down the pain by the 3rd month.  1st and 2nd months you’ll notice a difference and by the 3rd you will be better with the cramps and vomiting.

8th Kidney stone natural medicine.  I’ve never had a kidney stone but I know people that have.  I’m just putting this info out because most people don’t know about kidney stone herb medicine.

9th the end of page is only videos:

1st video: Doctors are getting bonuses money to inject your children with vaccines.

2nd video: How the vaccines have aborted fetal cells which they get from a psychiatric ward;

3rd and last a video about cancer treatment scams. 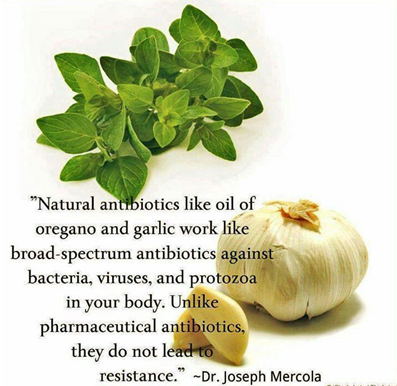 A small bottle of Wild or Mediterranean Oregano oil can be picked up at most health food stores for about $10.00 to $12.00 and will last probably 8 months.  I bought this bottle seen in the pic below off of Ebay.  It’s Wild Oregano Oil from Turkey and I used to order it from Greece but the guy stopped his business for some reason. 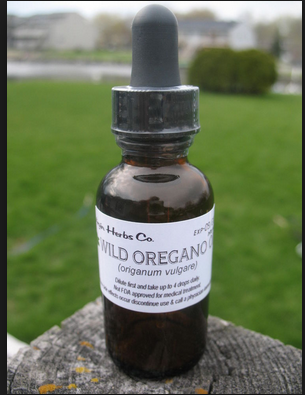 Wild Oregano can be used if you feel like you’re getting a cold or sinus infection.  You mix 5 drops of Wild Oregano oil with about 1 tablespoon of olive oil but I used to use it with baby oil but now I’m going to use coconut oil.  The baby oils have hidden ingredients inside of the fragrance category on the label.  Anyway, you can mix it in a glass bowl and then rub it on the bottom of your feet and just put socks on.  You can also use this mixture if you have insect bites, pimples, skin rashes around your mouth or body.  It’s just a gentle and powerful natural herb that has many healing qualities.

I carry this mixture in my purse in case I get bit by a spider or something.  Once I had a dream that I would get bit by a spider and I thought that it symbolized that I would be attacked by someone.  A month after that dream there  was a spider on the floorboard of my car and it bit me around my ankle a couple of times.   I used the oregano oil on the bites and also rubbed the oil on and around my ankle and the bottom of my foot but it still took 3 weeks for the swelling to go away.

I recently caught a cold at the end of January 2017 and its lasted for over 2 weeks.  The oregano oil didn’t work and I used my emergency backup Colloidal Silver (I don’t use Colloidal Silver anymore only the oregano oil and supplements) and that helped a little but it wasn’t until I remembered that I had Oregano Oil capsules and I took those that then the cold started to go away.  I don’t usually like taking pills of any kind but the Oregano Oil capsules ( I took 2  every couple of hours) worked for me.  I don’t like over the counter medicine because it makes me either sleepy or feeling drugged.

This is the brand that I use by Solgar because they use olive oil instead of sunflower oil mixed with the oregano oil. 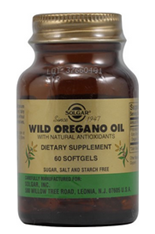 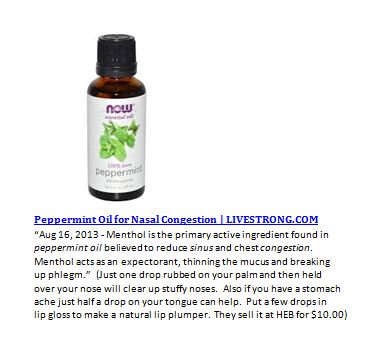 I mix my oregano oil in a small jar and keep it on the nightstand or you can mix it in a small glass bowl.  I can’t say enough great things about Wild Oregano Oil.  I’ve given it to friends who have sinus infections and they try it by rubbing the mixture on their feet and then later they clear up.  I also give them a few drops of Peppermint Oil which only costs $10.00.  This helps nasal passages and combined with the Wild or Mediterranean Oregano Oil, its a win, win.  Everyone loves it after I finally convince them to 1) try it; and 2) they see that it actually works.

This is just one brand of Fluoride Free Toothpaste, Nature’s Gate and it tastes really good for a natural toothpaste. 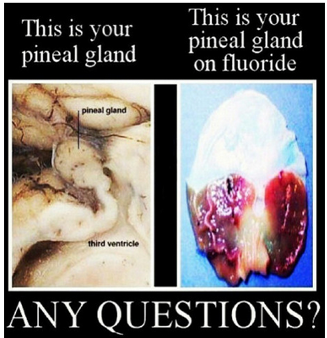 This is about a 1 min. video.  Baking soda, salt, hydrogen peroxide and peppermint oil.  My dentist said to be sure to rinse well because of the sodium in the baking soda and salt mixture in this recipe can be left under the tongue and that goes into the blood system and she said effects the heart.  It doesn’t have a lot of salt in this recipe so I’m sure it’s fine.  I’ve been using this recipe from the video below and my dentist didn’t need to polish my teeth my last visit. This is the only toothpaste recipe that I use.  I love it. 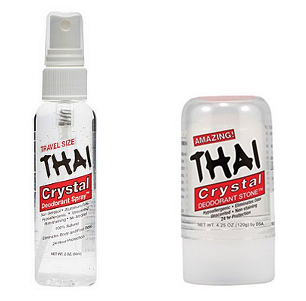 Aluminum Free Deodorant and I’ve tried many of the “natural” ones and this one seems to for sure work.  This deodorant comes in a spray or the crystal stone which you will have to use with water to roll on under your arms. 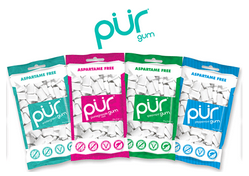 This Gum is Aspartame Free and they are starting to sell it in stores but I usually order it off of Amazon or Ebay.  My favorite one is the Cinnamon (not shown in this pic).

Here’s a Stevia option for you. 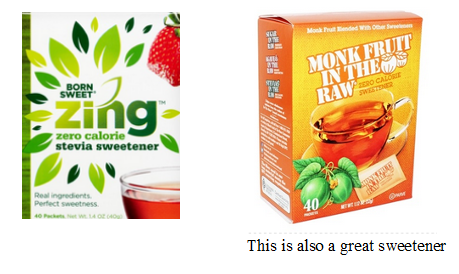 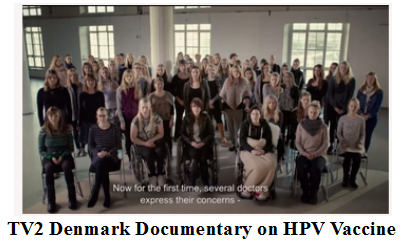 (Please note that on the back of this form you can OPT OUT from putting formaldehyde, the ingredient in this vaccine in your body.)

“(NaturalNews) Former presidential candidate and Texas Governor Rick Perry has signed into law new legislation that requires all college students, including those living off campus, to get injected with a meningitis vaccine…

Though the entire state of Texas had only 34 reported cases of meningitis among young people between the ages of 15 and 29 in 2009, Gov. Perry, the Texas Medical Association (TMA), and several state senators expressed vehement support for the new bill, S.B. 1107…Authored by Texas State Senator Wendy Davis (D-Fort Worth), S.B. 1107…

between the ages of 15 and 29 in 2009, Gov. Perry, the Texas Medical Association (TMA), and several state senators expressed vehement support for the new bill, S.B. 1107…Authored by Texas State Senator Wendy Davis (D-Fort Worth), S.B. 1107…” 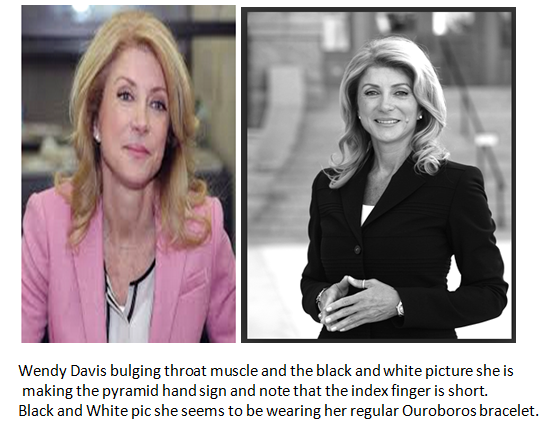 Video: “How I ended my terrible period (menstruation): My Secret”

The pic and the advice came attached…I’ve never had kidney stones I just put this info out in case someone has painful kidney stones. 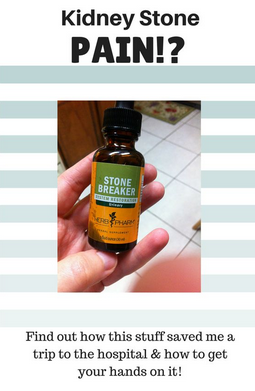 Video:  “Doctors Are Getting Bonuses Money To Inject Your Children With Vaccinations”