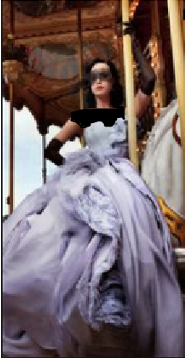 This blog will be about my first “voice” experience(s) when I was a little girl. I want to remind everyone that the Holy Spirit speaks to all of us. In my Fav Prayers section I show how I learned to hear the Holy Spirit and how you can hear him too and once you read how to do it you will know that you’ve been hearing him all of your life! 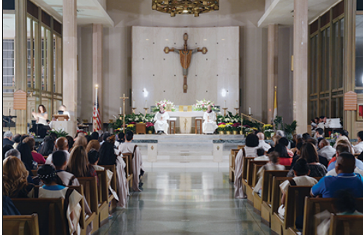 When I was around 6 yrs old I would get dropped off after school to attend Catechism classes at St. Ignatius Catholic school on Congress Ave. and Oltorf St. I think it may have been for 5 months and only once a week but I don’t remember that part. I would have to walk home down Congress Ave. by myself about a mile to get home and how I made it could have only been by the grace of God. 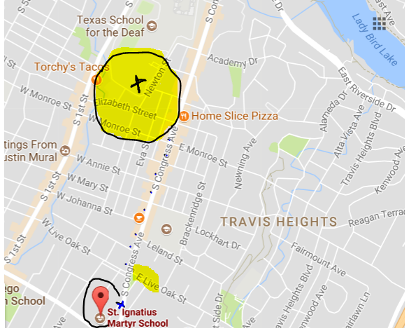 One day the phone rang right as I was passing it and I was so excited and I picked up the phone and said hello because I thought that the call was for me. When I answered the phone some guy on the other end started saying a bunch of sexual stuff to me but since I was only 6 yrs old and had never heard anything like that before I didn’t understand him.  He might as well have been talking Chinese to me because I couldn’t understand him. Let me just say that this same incident has continued my whole life – guys telling me their fantasies, whether I want to hear them or not, and it makes me feel like I’ve just been violated so I don’t let them dump their garbage on me.  If they start I cut them off immediately.

So I stupidly stood in the phone booth and listened to the guy until he finished talking and then hung up. I remember hanging up the phone and feeling really weird and as I started out of the phone booth and as soon as I took a step I heard the “voice” (Holy Spirit) say to me “Someones watching you from across the street.” I was only 6 yrs old and I didn’t have the cognitive ability to look across 5 lanes to see that there was an apartment complex across the street. Later in my life I drove by to see what was across the street and saw this two story apartment that has been remodeled into a home for the elderly.

This is the view from the apartment complex to the movie theater across the street. . 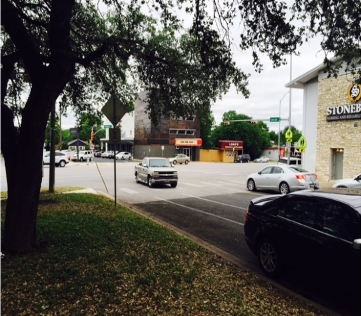 This is the sidewalk by the movie theater where the phone booth used to be and I used to walk home by myself! 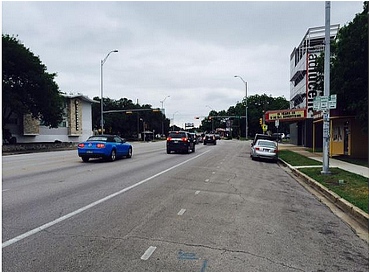 When I was younger I’ve said that I used to talk to God but I need to clarify that I used to scold God asking him things like “Why did you let that happen? Why did you do that? Why God why?” Once a neighborhood boy had died by using a metal hanger to try to get  a kite down that was stuck in an electrical pole. He’s was probably around 8 or 9 yrs old. I told God “why did you take him God? You should have taken me; he’s good and I’m bad. You should have taken me God, why did you do that God?” I would say it over and over again and cried myself to sleep over the boy that died. 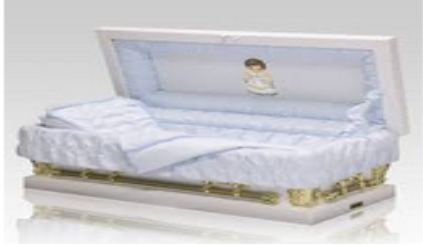 Here’s another time as a child when I’m talking to God. 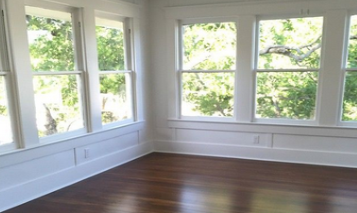 My parents had gotten divorced when I was very young. I remember my father dropping me off and my mother watching him out my bedroom window. I remember her expression was so serious like if looks could kill he’d be dead. Let me just say that they were good people just very self absorbed and lived for themselves. I learned very young to never go to them with a problem because they weren’t interested and I just held it all inside and I learned to be self sufficient or depend on myself. Without putting them down I would like to add that I was a very ignored or neglected child and I think this may have been because I had the Jesus spirit with me (following me around) and they did not. The bible says:

I remember that day – while my mom was staring out the window and I was sitting on my child size yellow painted wicker love seat or sittee, I was talking to God or actually I was complaining. 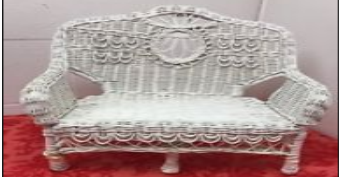 I remember that I was looking up at the ceiling and I said “Nobody here loves me.” I started to list those close to me and I said this one, and this one, and this one, and YOU don’t love me either.” My mother while staring out the window said “There is no God because he lets the wicked flourish.” From that moment on I stopped believing in God but like I’ve said before the “voice” never left me I just didn’t know who or what it was.

One day my mom and my step-grandmother were in the kitchen doing something and I ran up and said “I wanna help!” and my mom shot me a mean look and said in her most harshest tone “Go outside.” 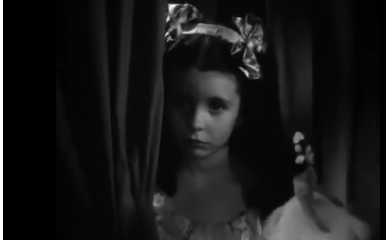 I remember my step-grandmother looking at her like she didn’t like her reaction but she wasn’t at liberty to say anything. See my mom was very beautiful and haughty and since I was already used to her acting like that it didn’t really bother me or at least I had convinced myself that it didn’t and since I probably had the attention span of a mosquito it would have been more work to let me help so I just walked outside like nothing happened.

As I walked outside onto the porch the “Voice” spoke to me and said “they’re doing something very important in there and you’re helping them by going outside.” I remember feeling so happy and saying to myself “I’m helping them!” 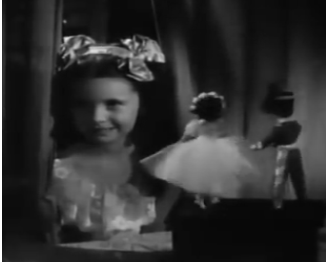 See the voice comes as your own thoughts and at that moment I thought it was my own mind that had come up with that reasoning. I usually just ended up playing outside in the creek, 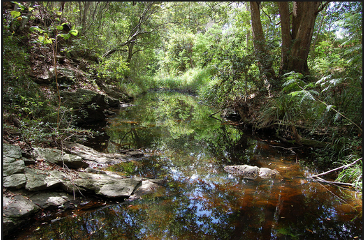 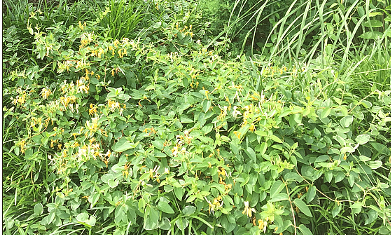 with my cat named Honeysuckle. 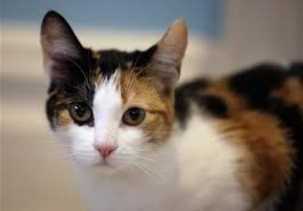 Another childhood experience that I remember was when I was in the fourth grade and had moved to a different house and I dreamt that a boy in my classroom that I didn’t hardly talk to was going to ask me to be his girlfriend.

That morning I went to school and had already forgotten the dream and later in the day all of the kids in the class were sitting at a long table and the teacher left the room to go next door to get something. 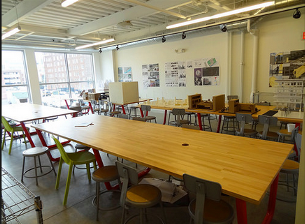 While she was gone that boy suddenly got out of his chair and walked around the table and got on one knee in a marriage position and said “Will you be my girlfriend?” 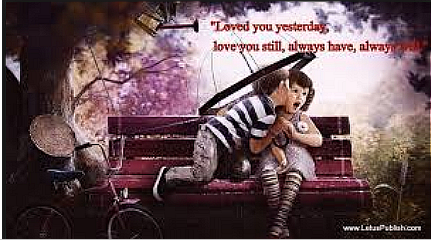 I’m not sure if my mouth dropped open but I remember staring at him in shock. I looked across the table at my two friends who I have a feeling that they already knew that he was going to do this and they said excitedly to me “say yes, say yes!” I looked back over at him on his bended knee marriage position and said “yes” in hopes that he would go away because I was very shy and in shock. I forgot about him that day and every day the rest of the school year. It was a very sweet thing for him to do but I’m so glad that I had the dream warning me that it was going to happen. 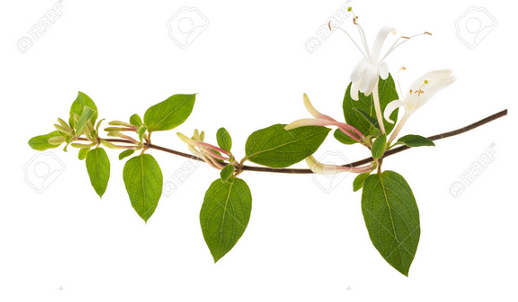 Later in life the Lord speaks to me in dreams and also sometimes I hear his voice. Twice I’ve received dreams that my car would break down. After one of the dreams I took my car to the mechanic and left it overnight and he found that the thermostat (this keeps the engine cool) was about to go out.

Once I had a dream that I would see a snake. Three month later I was going to the store late in the evening to pick up something for a party and when I stepped out of my car to open the gate there was a 4 foot grass snake on the driveway. At first I thought that it was a stick but then I realized that it was a harmless but large snake.

I’ve learned that when God gives me dreams of people that I’m supposed to pray for them. It means that they are sick or in danger. I’ll be talking in the future about a dream I had where I asked God if I was ready for the rapture and what I needed to do to get right or ready. 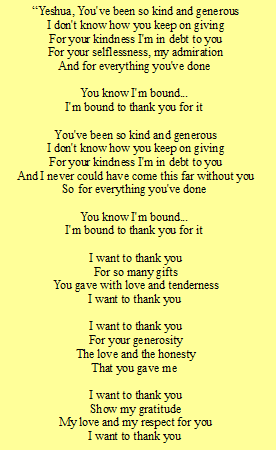 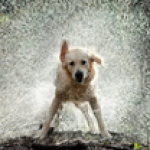