This is one of my many voice experiences that I’ve had all of my life which through many trial and errors of not listening to it made me figure out that it’s the Holy Spirit trying to help me.  (Please see my Fav Prayers section and I can teach how to hear the Holy Spirit too)

When I was little my family lived next to the Texas School for the Deaf.

My parents would send me to the convenience store down the road from the school to pick up snacks for them.

There was a guy from Cuba named Tino that lived with his wife on a lot next door to the convenience store and he looked like this:

Tino would see me and say with his Cuban accent “How are ju todaaay?”  He would tell me jokes and tell me I was pretty and I just him remember him always being really sweet to me.  A couple of years later my family moved closer to my school and I never saw him again.

So more years later when I was at work  sitting by myself in my cubicle, I was thinking about Tino and I prayed this prayer; I said “God, I miss Tino.  Can you please make a way that I can find him?  He was so kind to me when I was little and I miss him.”

After my prayer I was thinking to myself…hmm, God is slow.  He made those Israelite people walk around that mountain for like a hundred years or something. 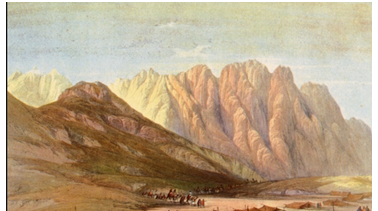 I probably won’t see Tino for about a year and probably I’ll just  run into him at the grocery store or something.  Then I thought I don’t want to be disappointed praying for something that’s not gonna happen right away so I’m just gonna forget about it.

Two days later I was sitting alone at my cubicle desk and I threw away a piece of paper in my recycle trashcan and I heard “The Voice” aka the Holy Spirit speak to me and said “Go and throw that paper away in the trash can (Large blue recycle can) up front.”  I thought Why do I want to do that?  Do I want to go and socialize or something?  I got the paper out of the small blue trash can and when I went up to the front of the office I saw Tino!  He had a friend who needed to pick up some documents from my office and Tino came to translate in Spanish to English for him.  I said Tino you’re not going to believe this but I prayed to God to see you and here you are!  Tino looked at me like I was out of my mind.  My friend was up there at this time and she said “It’s true, it’s true, she told me she prayed to see you.”  Now he’s looking at  us like we’re both crazy. (ssh…he’s not a Christian)

There was a problem though.  There was a guy that I worked with named Ben and he would act so weird when he saw me.  He would make like purring noises when I would walk by and I would hug the cubicle wall and move quickly like I was passing a snapping alligator.  He was like a redneck Playa from the Himalayas.

Anyway, Ben was covering the lunch desk and helping Tino.  Ben told Tino in a weird Oh Yeah Baby voice “Watch out for her, she’s trouble.”  Tino asked me in his thick Cuban accent’ “Are you trouble Missy?”  The trouble Ben meant was not that I stir up trouble but it was like the trouble in this song.

What I could see was that Ben and Tino were bonding like familiar spirits and I knew that I would not get to talk to Tino with Ben sitting up there and I could see that Ben was already getting himself worked up.  I said from a few feet back “Hey Tino it was so nice to see you.  Say Hi to your wife” and I walked away.  I didn’t get to give Tino a hug or give him my phone number to keep in touch.  I just walked away because I didn’t like the way that it was all turning out.

The point here is that God did answer my prayer in 2 days not the year that I thought.  Here’s the mistake that I made that I want to point out.  When I prayed to God to get to see Tino I used my best manners and put my best face forward because I wanted something.  After my prayer I was thinking God was so slow and I was kinda thinking negative of him.  It was like when I prayed I was in the confession box and then after the prayer request I stepped out of the box thinking that he can’t see or hear me talking about him/God.

The point of this story is that God loves us and hears and sees us even when we think he doesn’t notice us.  I was very thankful that he sent Tino and it was another step of learning how to hear “The Voice” and learning to lean on that voice to guide me because I know that Yeshua/Jesus has my back and wants what’s best for me and all of us if you will just open up your hearts and give him a chance.

Behold, I stand at the door, and knock: if any man hear my voice, and open the door, I will come in to him, and will eat with him, and he with me. ~ “Bible” 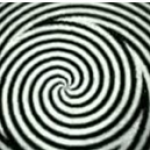