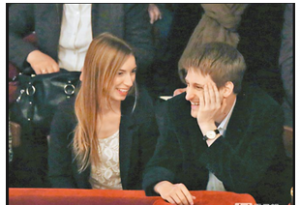 Okay so the Holy Spirit led me to look up Edward Snowden.  I’ve never really caught on to this guy for some reason and I was surprised to find that he is of royal blood. If you read Edward Snowden’s Wikipedia page you’ll see it’s pretty impressive for his age.  His girlfriend Lindsay Mills is from Maryland (please note Maryland is like the home base of American/Illuminati royal bloodlines) and she’s an artistic pole dancer.

(The art in front of the (Maryland) IRS Headquarters features a pyramid with a capstone between two pillars.The black and white stripes refer to the Hermetic concept of duality. “vigilant.citizen.com”)

Lindsay – She has a YouTube video of her pole dancing and btw she does have her clothes on.  I was surprised to see that there are training classes on YouTube for small female children teaching them the Art of Pole dancing aka the May Pole or Druid Fertility Pole. Makes you just want to run out and sign up, ugh, not. 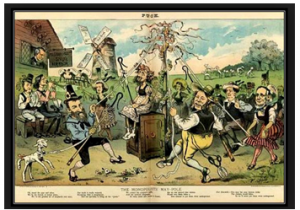 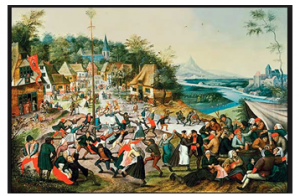 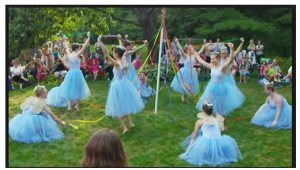 Fabpedigree.com left out this info or missed this part.  Snowden is the 35th great grandson to the King of Sweden – Skyrbjord Olofson and the Queen of Norway.  I think that this is important because he recently received Sweden’s alternative Nobel Peace Prize. 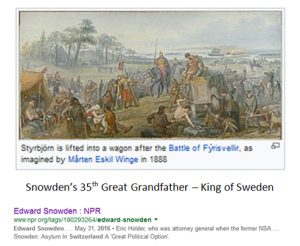 I’m researching Obama and stumbled across a genealogy site which listed several Snowden names associated with his “group”.  Here’s the the deal; through Snowden’s 9th great grandmother Mary Linthicum, this line connects to Maureen Duvall (this is a male) and his line connects Obama and Cheney, and now Snowden also connects through Duvall to Obama and Cheney.  I think that it’s interesting that this has never been brought up that he’s related to high royalty.  For me he would have been more believable if he had just come out and said that he was a royal Illuminati bloodline instead of acting like he’s just a regular guy.  Snowden you’re so fake and you’re only deceiving yourself.

Here’s another theory about him. Video: “The Ongoing Saga of Edward Snowden’s Glasses (CGI?)”

Yeshua’s coming please get ready.  If you miss the rapture do not take any chip (Mark of the Beast) in the right hand or forehead.  The bible says that if you take the chip then you will never enter into heaven.  If left behind the Rapture Puzzle video has calculated that God will shorten the tribulation days to one year with the Antichrist and that will be living hell here on the earth and then Jesus/Yeshua returns.  Please say the Salvation prayer and stay prayed up and pray for the lost. 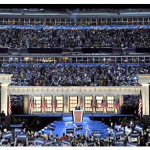